← more from
One Little Independent Records
Get fresh music recommendations delivered to your inbox every Friday.
We've updated our Terms of Use. You can review the changes here. 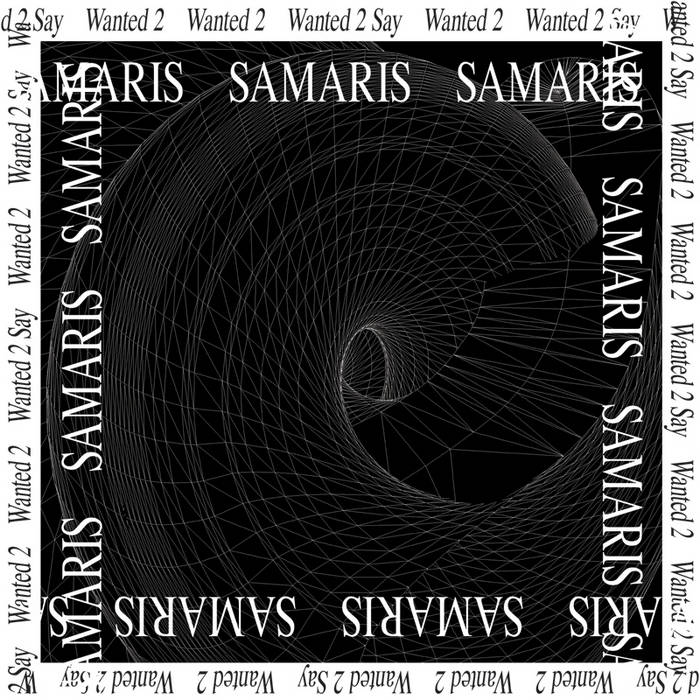 Ushered in on a mournful note and a gentle gasp before a d’n’b breakbeat kicks in, ‘Wanted 2 Say’ is Samaris’ most out pop track yet. For the first time too Jófríður’s breathy vocal is sung in English, set against an effervescent arpeggiated note sequence.

‘Wanted 2 Say’ advances the feel of much of the new material; its minimalist electronic production underpinned with a definite urban undercurrent. The tune’s gestation is also typical of the album’s construction – written & recorded in Berlin, Ireland and Reykjavik over a year - it was written apart, all three members now based in separate cities: Þórður Kári Steinþórsson (aka Doddi - programming) relocating to Berlin to take part in the city’s burgeoning techno scene, Áslaug Rún Magnúsdóttir (clarinet) to The Hague to study a specialised Sonology course and Jófríður Ákadóttir (voice) footloose, traveling to experience new places and the musical cultures within them.

“Doddi sent me the track, similar to the final, and I lay down the scratch vocals in my bedroom” says Jófríður of the recording. “We finished the track at Studio Hljóðriti, in Hafnarfjörður. They were so kind to us, they gave us spare keys and let us use the space in the evenings. We spent a lot of nights there, since it’s a bit out of town and we work well at night time (that was during summer so we were all high as the sky from 24-hour daylight!). Most of the tracks on the album were written there, on Kiddi’s beautiful synthesisers. We used the little room a lot, which belongs to Icelandic legend Bó Halldórsson. He has a giant photo of his cat hovering over which I think was a massive inspiration” (laughs).

“‘Wanted 2 Say’s lyrics are kind of all over the place. My thoughts were about Iceland and the nature, how it’s our most precious thing - you know that cliché! But the theme of the song became more about us writing and expressing our thoughts in English.”

Bandcamp Daily  your guide to the world of Bandcamp